How many battery companies have a pink bunny as their mascot? You’ve probably only heard of one: the Energizer Bunny. That iconic pink bunny with sunglasses and a drum actually started as a parody of the original pink battery bunny, the Duracell Bunny.

Duracell Bunny? What Duracell Bunny?! It might be shocking to those of us who grew up seeing commercials with that wacky pink percussion rabbit, but Duracell really did do it first. In 1973, the little Duracell Bunny started appearing in commercials, out-competing its fellow bunnies in contests like boxing and drumming. The joke was that a Duracell battery helped the little guy perform better than his peers, who, sadly, only had access to less efficient batteries. 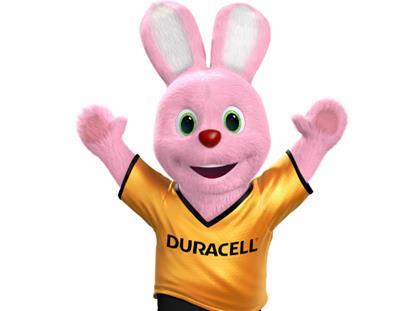 
But we don’t remember that, do we?

In 1989, more than ten years after the debut of the Duracell Bunny, the Energizer Bunny marched into the world with a drum and a dream: to become the most recognizable pink bunny in the world. The Mickey Mouse of batteries. The Harry Potter of power.


The very first Energizer Bunny commercial takes on the Duracell concept, a troupe of drummer bunnies losing power one by one until there is a single bunny left. Then, The Energizer Bunny strolls in and drums circles around Duracell’s remaining bunny. He’s better. He’s stronger. He’s pinker. He’s the Energizer brand.

But that's all he was, a parody, until he got so popular that commercials that followed all saw the Energizer Bunny rolling up on normal scenes and scrambling the status quo. His batteries were so good that he could do anything, beat anyone, and go anywhere. Look at him go!


Energizer created their own fictional rival battery company called Supervolt and a  fictional mascot, a giant weasel. This madness, all to advertise batteries!

For a while, it was speculated that when people saw the Energizer Bunny, they were actually reminded of Duracell, rather than Energizer. Point for Duracell? Karma for stealing their idea? We will never know.

Nevertheless, the Energizer Bunny became such a recognizable figure. You can find countless commercials, some coming from as recent as 2016!

In the end, Energizer actually ended up taking Duracell to court in order to secure their trademark on advertising batteries with pink bunnies in North America. Sorry, Duracell Bunny, you might have started the trend, but you've been banished.

(I hear Australia is nice this time of year.)

Keep the bunny hype going and check out this uber-cool, super-90s Energizer Bunny shirt in our store or in our fall lookbook!