This week, we found this historic Rucker Pro League t-shirt, featuring a Dr. J game, and discovered the influence of this Harlem basketball court on professional basketball. In the 50s, Harlem playground director Holocombe Rucker organized a basketball tournament as a way to give kids an extracurricular activity to stay off the streets and bond the community. As a cultural staple in New York City, basketball courts attract players of all ages and levels. It's how you earn street cred, respect, and maybe a nickname. 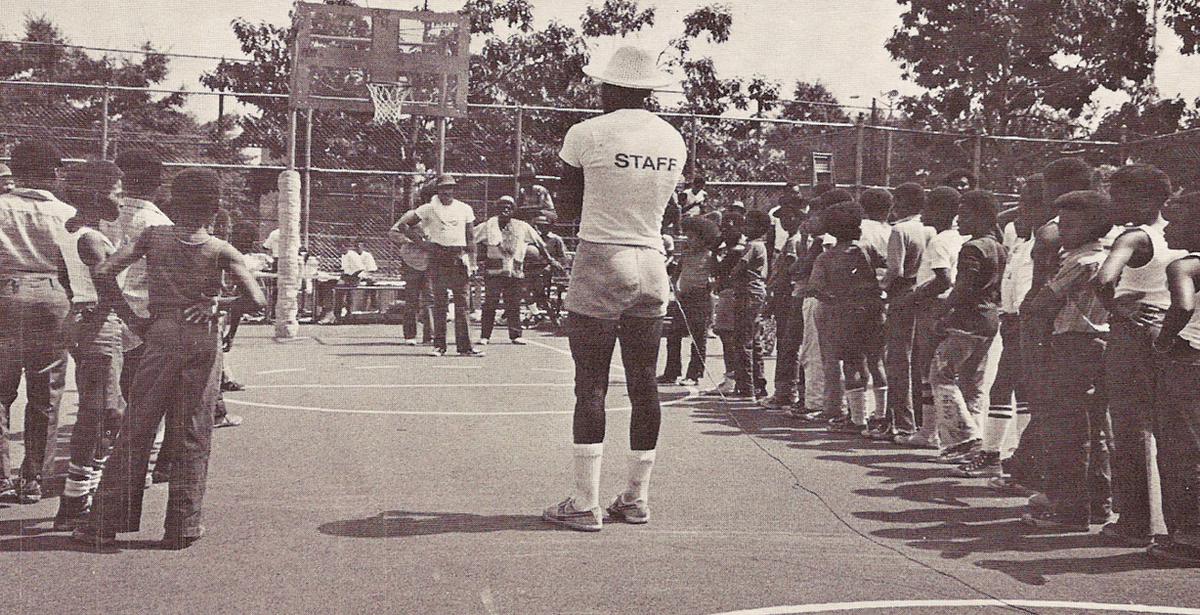 But the tournament at the Rucker attracted the best Streetballers as well as professional players looking to compete in the off season, creating the Rucker Pro League. It became a a summer Pro-Am showcase where NBA stars faced off against Streetball legends like Earl Manigault and Pee Wee Kirkland. It was the place for emerging players to gain recognition and skills. 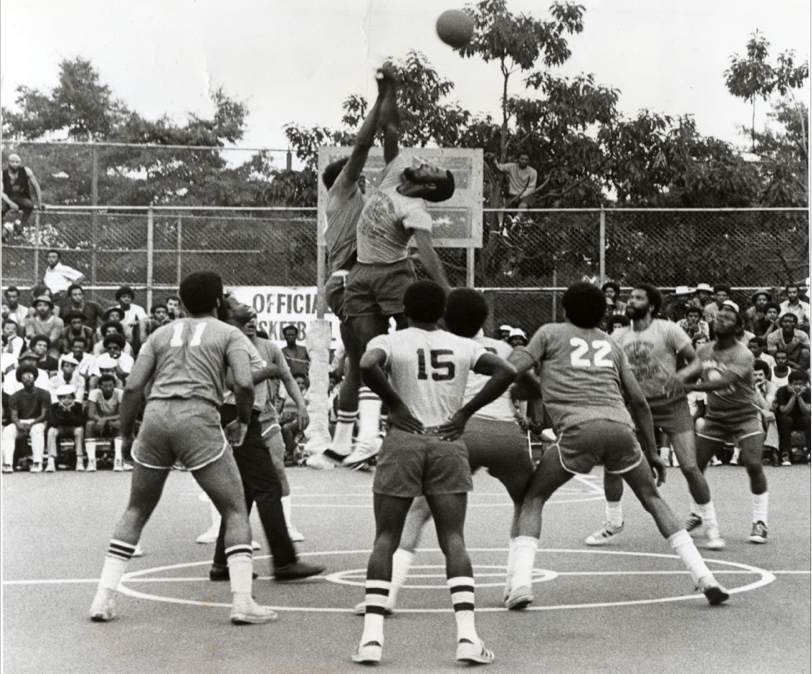 Basketball at Rucker Park was all about style; moves that were not yet seen in the NBA emerged from players at Ruckers, and went on to influence professional basketball gameplay.

Although, making it to the NBA was not always the goal, as many of the best Streetball players made a name for themselves on the court at Rucker, including Joe Hammond who turned down professional offers.

The park dawned a new era in 1982, when Greg Marius founded the Entertainers Basketball Classic, a tournament at Rucker park that marked the first official union of basketball and hip-hop. The biggest names in hip-hop came out to spectate basketball's elite, including Fat Joe, Jay-Z, and Cam'Ron.

While the glory days of the Rucker have past, Streetballers and NBA professionals alike continue to compete at the Rucker, including Kyrie Irving and Kevin Durant.

Get your street cred up and shop our extensive basketball collection here!