T-shirt Tuesday - B Kliban and His Fat Cats

Here at The Captain’s Vintage, we affectionately refer to the cat-themed apparel featuring cartoonist B. Kliban's art as “fat cat shirts”. Kliban’s iconic drawings are plastered all over multiple shirts on our site, mostly in the Hawaii tourist category. Like fellow cartoonist Bill Watterson, Bernard Kliban shied away from the public eye, and not much is known about his personal life. He briefly attended Pratt Institute and dropped out to travel and paint. When he moved to California and began drawing cartoons for Playboy, people began to notice Kliban’s knack for playful, honest satire. His cartoons would intentionally and unintentionally spoof the otherwise serious and sexy pages of Playboy.

Playboy gave Kliban the platform to thrive as a published artist, but he will always be remembered for his charming cats.

In a rare interview in 1978, Kliban once said that he wasn’t the world’s biggest feline fan, but rather enjoyed depicting cats for their humorous nature: “'I like them, but I'm not silly about them,” he reasoned Cats look like cartoons. There's something funny and vulnerable and innocent about them.''

Kliban’s first collection of cartoons was called “Cat” (1975), the perfect book for someone who appreciates the fact that cats are basically real-life comic strips. His later publications included “Never Eat Anything Bigger Than Your Head and Other Drawings”, and “Two Guys Fooling Around with the Moon”. 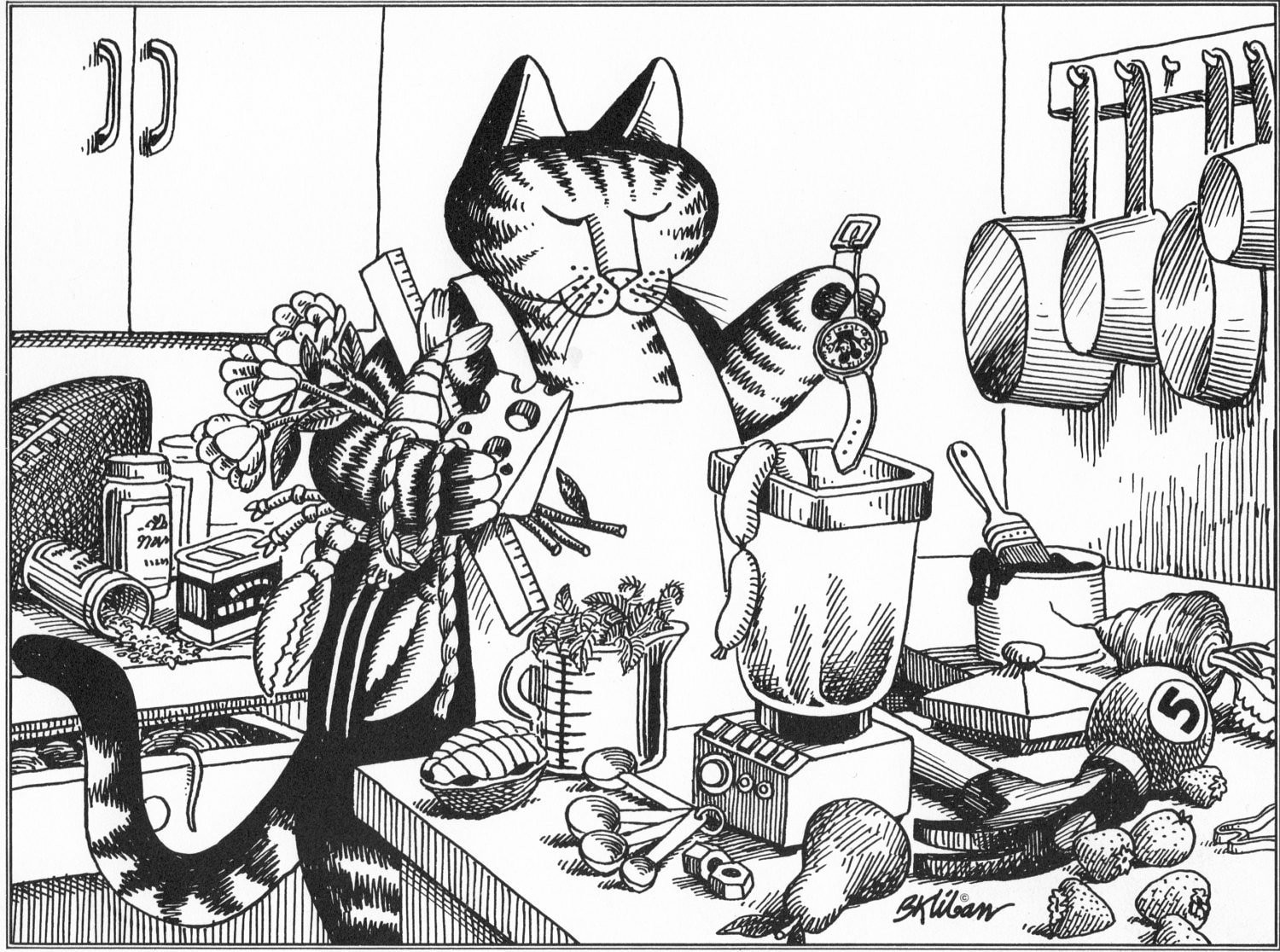 Kliban’s work danced around a central theme: that life being just a little bit too weird to take seriously.

And if you want to live your best life, you can't pass up a good laugh at a funny cat cartoon. You just can't.