What about Beavis and Butt Head?

This polarizing cartoon aired from 1993 to 1997, and was the precursor to other shows like Daria and King of the Hill. But unlike those shows, which were praised for subversive humor and smart social commentary, Beavis and Butt Head drew critical ire from those who thought it was literally the dumbest thing imaginable.

Repetition, juvenile humor, violent tendencies, and general weirdness. Nevertheless, people liked Beavis and Butt Head for its captivating silliness, and praised it for subverting intellectual comedy and suggesting that no matter how smart we think we are, we can’t pretend we don’t still laugh at stupid things.

Beavis and Butt Head paved the way for shows like King of the Hill (which B&B creator Mike Judge co-produced), Daria, and even South Park.

As you might expect, the show was blamed for a number of incidents of recklessness. The actions of young children were blamed in part on what Beavis and Butt Head was teaching children: that fire was fun, and that things like explosives and other violent objects were toys. 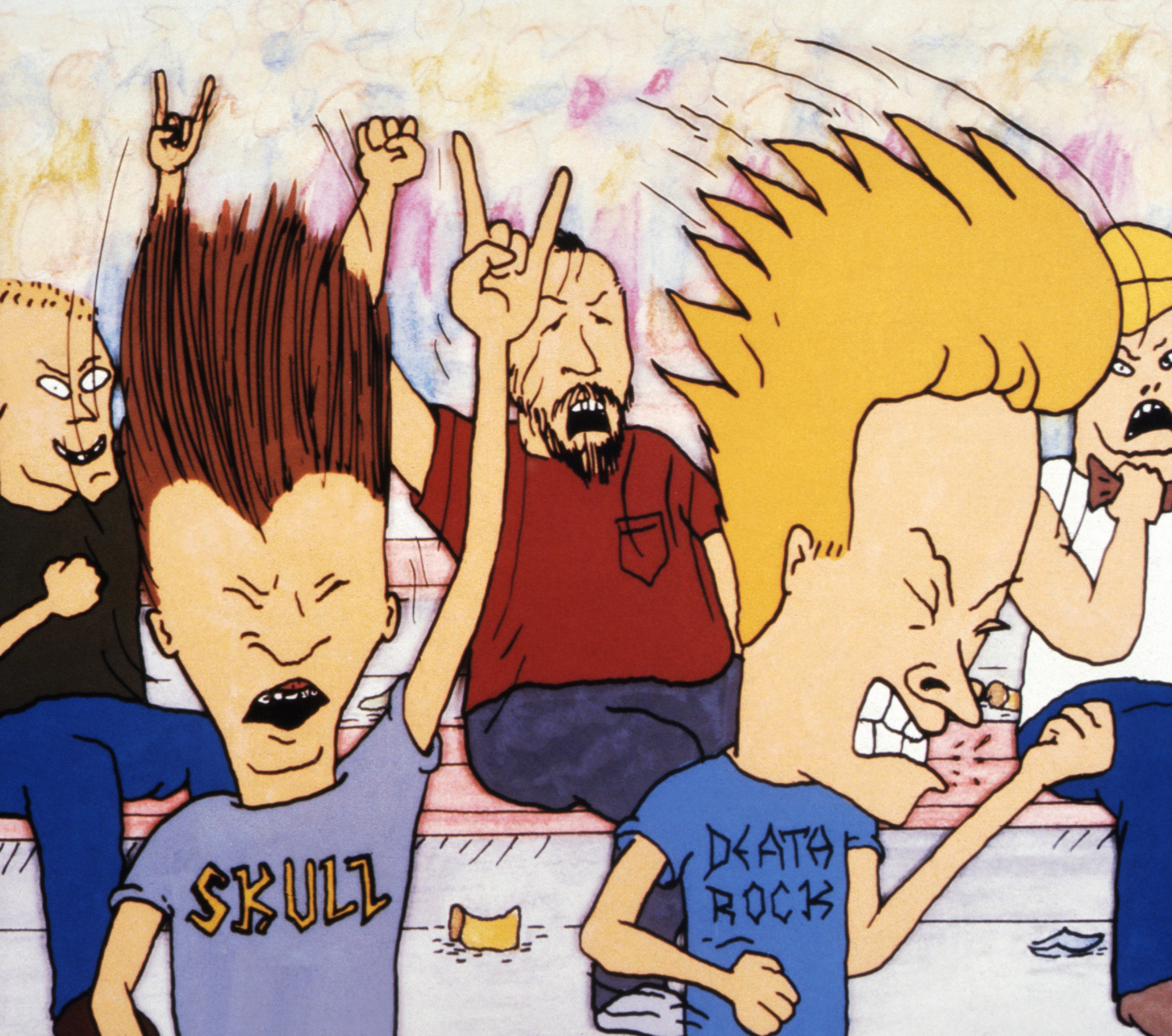 When a young boy set his home on fire with a lighter in 1993, his mother blamed Beavis and Butt Head’s obsession with fire, and MTV pulled the episode and banned the show from saying the word “fire”. When a child was killed by a bowling ball thrown off an overpass, it was heavily suggested the assailant got the idea by watching Beavis and Butt Head on TV throwing explosive-filled balls off rooftops.

The show, naturally, spoofed this outrage any chance it got. When the show was revived for a single season in 2011, they made sure to say “fire” as much as they could in one segment.

When South Carolina Senator Fritz Hollings misspoke and called the boys “Buffcoat and Beaver” in a tirade against them, the show turned this into a bit and had adult characters refer to them as funny bastardizations of their names.

Beavis and Butt Head was a show that appeared to be a lot less than it actually was. Like popular video games, it was blamed for society’s misbehaving children, but it had good moments that never quite faded from our TV and computer screens.

Check out our Beavis and Butt Head shirts HERE, or browse our other cartoon shirts HERE!