Who is the best of the best when it comes to basketball? Everyone has their own answers. But in the 90s, basketball fans had one team at the top of their minds. The U.S. men's basketball team, known as the “Dream Team”, was on fire at the 1992 Summer Olympics, defeating opposing teams game after game by so many points it was unreal. This was the first time that NBA players would compete in the Olympics, so it was a huge deal and all eyes were on America’s basketball team.

Four of the Dream Team players were used in Nike’s marketing materials throughout the early 90s, and thus “Mount Dunkmore” was born- not out of stone like its source material, but as a cool commemorative t-shirt: See more vintage in action in our lookbook!

Michael Jordan, Charles Barkley, David Robinson, Scottie Pippen. These guys were part of the 12-man basketball team that dominated the 1992 Olympics. Some of their other teammates included Magic Johnson, Larry Bird, and Patrick Ewing. Often compared to the most legendary concerts and musical acts of recent history, the whole team was inducted into several halls of fame, including FIBA’s hall of fame in 2017 and Naismith Memorial Basketball Hall of Fame in 2010. 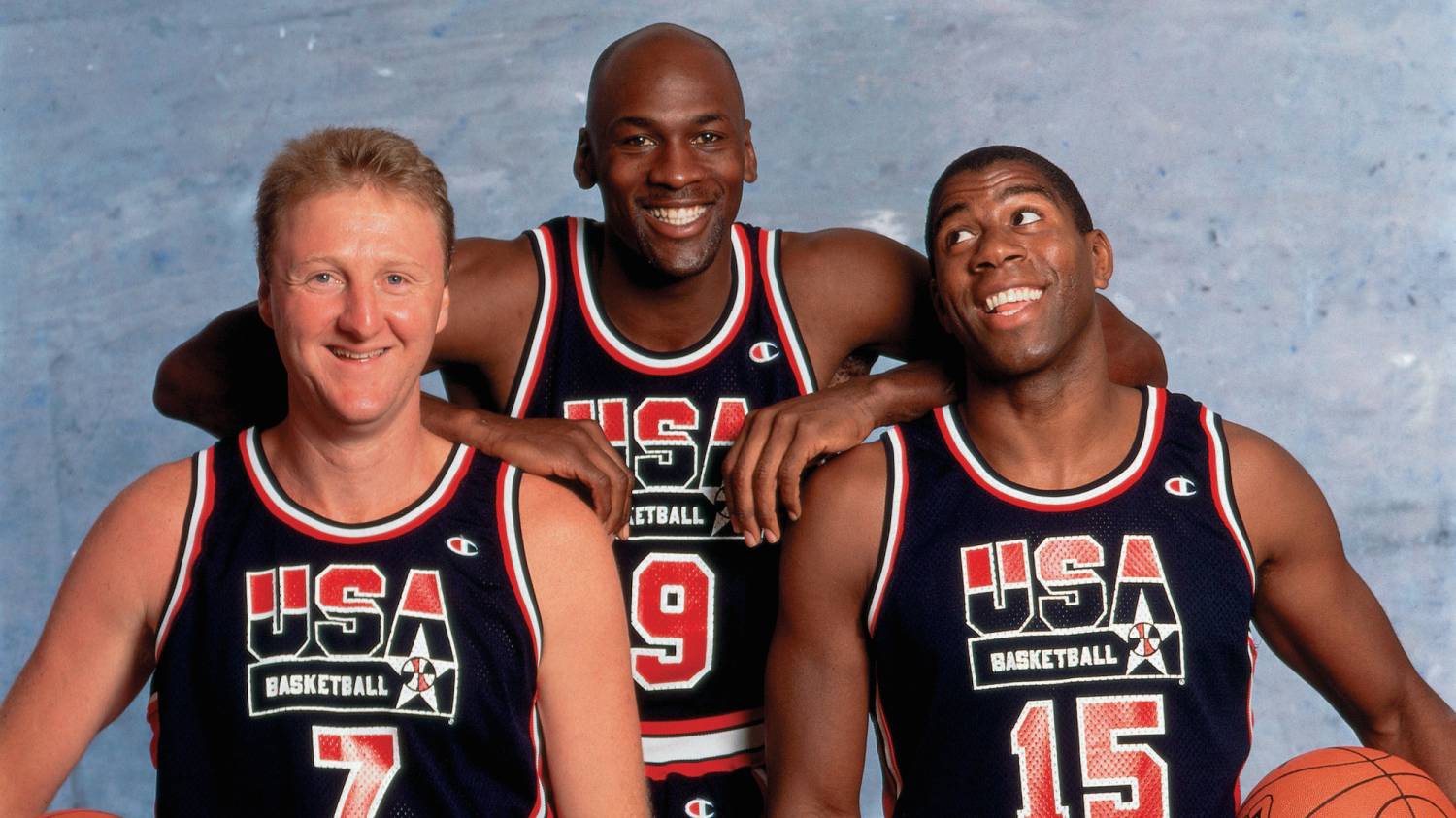 In the end, the Dream Team brought home the gold for the USA in a match against Croatia. This was also the only game the team played where they won by less than 40 points.

Mount Dunkmore was Nike’s way of promoting the NBA, long before they started running single-man ad campaigns featuring, usually, the most popular player at the time (Michael Jordan, anyone?). Just like Mount Rushmore represents chief American achievement, Mount Dunkmore represented American sports at the absolute top of the game (no pun intended!).

Who would you include in your Mount Dunkmore?

Shop our other basketball tees HERE to represent your favorite players and teams!