When you think of music festivals, you probably don’t think of Apple, but the US Festival was indeed the brainchild of Apple co-founder Steve Wozniak. Wozniak, a tech mogul with money to burn and love in his heart, wanted to fuse two of his greatest loves: technology and music. 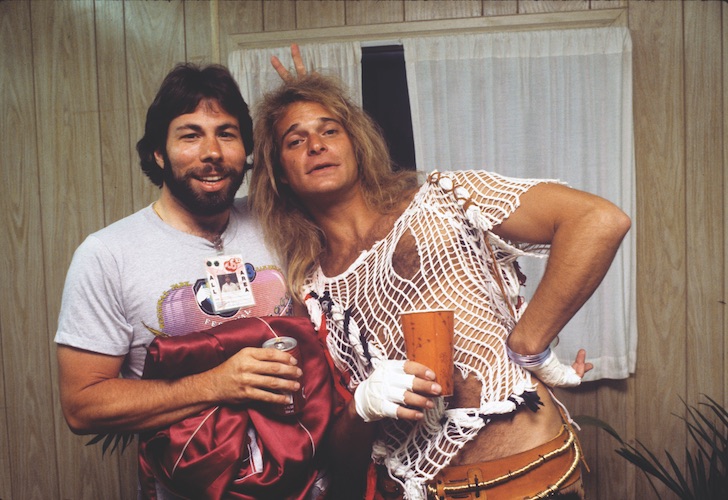 
The US Festival wasn’t the biggest or the most expensive festival in history, but it sure was memorable. The US Festival was first held in San Bernardino, California on Labor Day Weekend 1982, and featured an incredible lineup of some of the coolest bands of the day: The Ramones, Tom Petty and the Heartbreakers, Talking Heads, The Cars, Jimmy Buffett, and Fleetwood Mac (see the end of the post for the full 1982 lineup!).

The Ramones Live at US Festival '82


We feature one of the commemorative shirts from the 1982 US Festival in our new Fall Lookbook!


Super fun, right? Probably. But it was a bit of a mess. The festival that was supposed to revolutionize the modern festival concept that started with Woodstock was successful in many ways. It featured tons of popular bands, had over 300,000 attendees, and, later, a legacy that is borne by modern festivals like Coachella and Lollapalooza.


But Wozniak lost a ton of money in organizing and hosting this festival. He spent over $10 million on each festival and lost just about as much. Wozniak paid for everything out of pocket, including the bulldozing of a field and construction of the venue at which the festival was to take place. He worked with rock concert promoter Bill Graham to schedule acts and sell tickets.


But that wasn’t even the biggest cash sink.

David Bowie Live at Us Festival '83


Graham reeled Wozniak in, but nothing could stop the Woz from getting what he wanted. For the 1983 festival, Wozniak wanted David Bowie and Van Halen, but Bowie was asking for $1 million to make up for the fact that he would be leaving a European tour to come perform, and Van Halen’s contract insisted they made more than any other act performing with them. So Wozniak spent almost $2 million on two acts! Not to mention some of the other big-name acts that were featured that year, including Motley Crue, Ozzy Osbourne, U2, Willie Nelson, and The Clash.

Ozzy Osbourne Live at US Festival '83

A lot of the performers who played at US Festival were pleased because Wozniak was willing to pay them as much as they wanted for a single set, which was more than they were usually offered. And patrons were thrilled to attend an organized festival with lights and sound stages and all their favorite musicians. Who really cares that it was a colossal money sink?


...Sorry, Steve. Maybe you cared a little. But you got to meet David Bowie. Worth it.


We have several commemorative tees that celebrate this crazy festival on our website. Shop our special collection of US Festival t-shirts now!